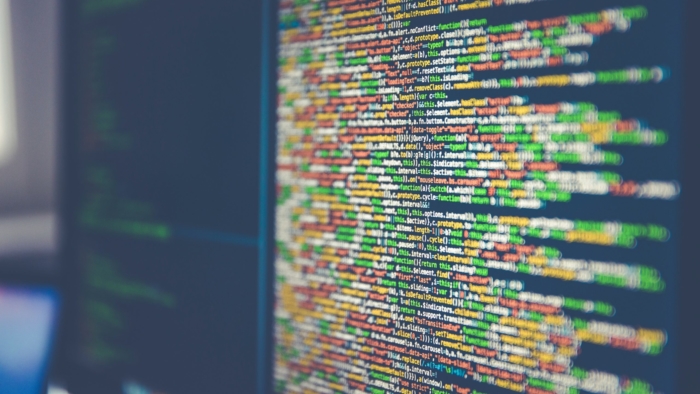 What is cluster analysis?

In data science, we often have to cluster groups of data points similar to each other. It can help us achieve our business goals and make operations more efficient.

To carry out cluster analysis in data science, we have to give the term “similar” a specific mathematical meaning.

What would “similar” mean? “Similar” mathematically means close-by in terms of measurement. Various algorithms can use this definition to perform cluster analysis. K-means is one such algorithm.

K-means clustering is one of the most popular machine learning algorithms to perform cluster analysis. It has been used to perform customer segmentation, delivery optimization, topic modeling of text data, network traffic segmentation, etc.

K-means clustering is an example of an unsupervised algorithm. It works on a basic principle – that of the closeness of distance between two data points. There is no correct label or outcome.

For this algorithm to work, we first need to decide the number of clusters into which we want to group our data. Based on that, the algorithm classifies each data point into one of the clusters. All the data points in a cluster are similar to each other than to data points in different clusters.

For example, let’s say we have data points about customers in a shop, with two variables –

When the variables are plotted against each other, they will look something like below: 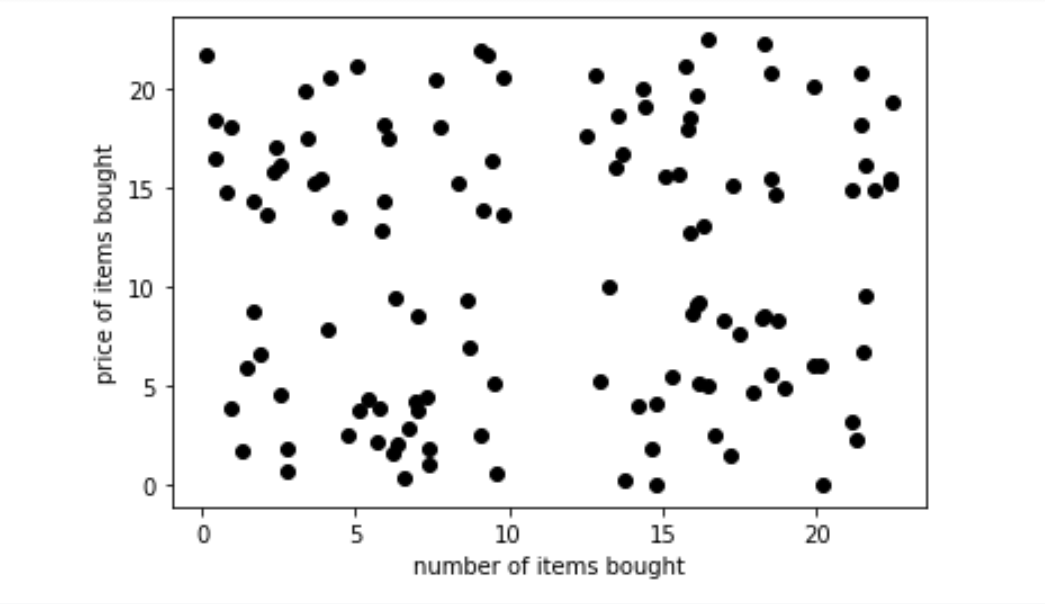 Now, these customers can be grouped into separate clusters based on their buying patterns. Let’s say the marketing team wants to group them into four different clusters. We can run a k-means clustering algorithm with these data points, with k=4 (Yes! The k stands for the number of clusters!).

The result would be four different sets of data points. 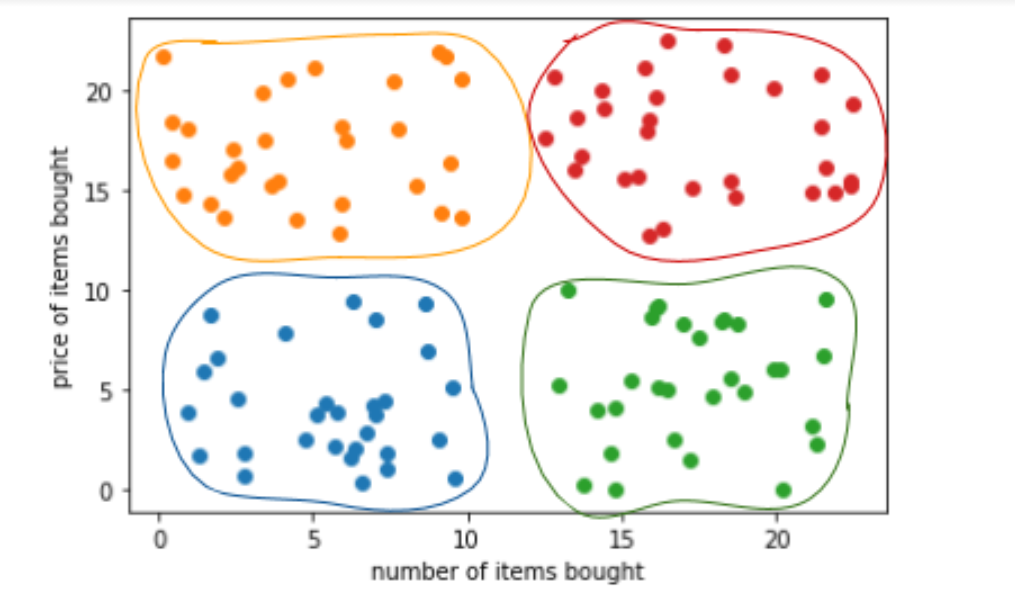 This is just a small example where we had only two variables. With K-means clustering algorithms, we can cluster data points with a much higher number of variables. However, it becomes slightly tricky to visualize such clusters.

How does the algorithm work?

It first randomly assigns k vectors, which are called centroids. Each of the centroids represents a cluster. 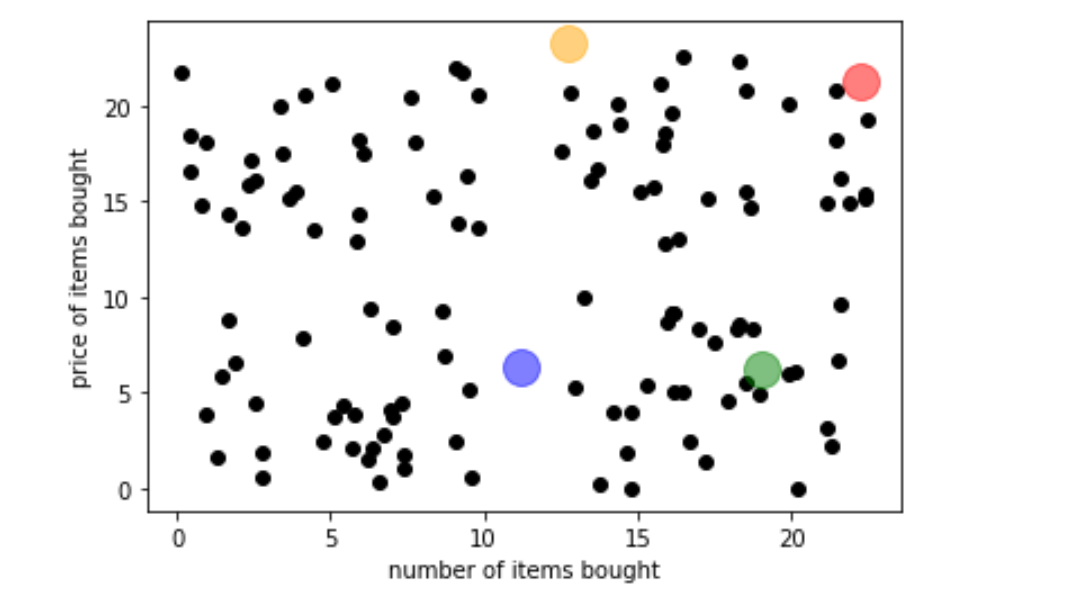 We can see the four large circles – those are the centroid vectors from clustering four groups of customers that we encountered earlier.

Once the centroids are places, the algorithm assigns the data points closest to the centroid to its clusters.

The algorithm then moves the centroids around and keeps repeating the previous step until suitable clusters are formed. An appropriate cluster formation is where the cluster points are more similar to each other than to issues in the other clusters.

The centroids represent the vector mean of the data points – hence the term k-means clustering.

There are various ways to measure the suitability of clusters. Since clustering is an unsupervised algorithm – there are no correct answers. So the metrics for a clustering model are geared towards measuring the similarity of data points in the cluster.

Is there an optimal number of clusters for a set of data points?

In most business problems, we already know the number of clusters into which we want to group our data. But sometimes, it remains an open-ended question. In such scenarios, we would need to find an optimum number of clusters.

Since such a model’s metrics are very different from conventional metrics such as accuracy, precision, mean squared errors, etc., optimization is more complicated.

But there are various ways to decide what would be an optimum number of clusters, such as silhouette score, Davies-Bouldin index, Dunn index, etc.

You can find a detailed discussion about unsupervised algorithms and their metrics in the predictive analytics course by Aryng. It also provides hands-on training for performing cluster analysis in Python.

K-means clustering has many business use cases. Some of the most popular implementations are –

Given the widespread use of this algorithm in solving business problems, it is easily one of the most sought algorithms in the world of data science.